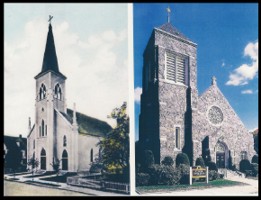 SAINT JOSEPH’S CHURCH has a very rich history. The parish was established in 1884.  Two years later it reverted back to its original mission status with St. Patrick’s Church in Harrisville after the departure of the first pastor, Fr. Daniel Driscoll. 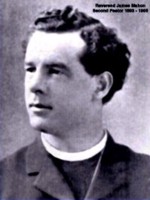 With no priest available for a time, St. Joseph’s returned to full parish status in 1893 with a new pastor, Fr. James Mahon who found the 1880 built church in debt and very much in need of extensive repairs. When he left in 1905, the debt was gone and the church restored with an enlarged sanctuary and many other improvements. 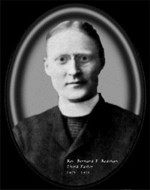 Fr. Bernard Redihan succeeded Fr. Mahon. His first parish event was the Grand Parish Reunion of 1906. He also beautified the church grounds and renovated the rectory, built in 1894, with a new expanded porch. During his time, Sayles Avenue sprung to life with trees and poles for the new electricity. 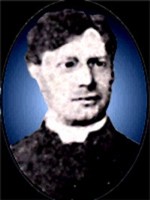 In 1915, Fr. John Dunn became pastor. With his expertise, the financial and spiritual aspect of the parish thrived. Sadly, his desire to build a parish school would be indefinitely delayed by a devastating fire that burned the church to the ground in 1919. With little insurance available, a renovated church basement would do until another edifice was built in 1932. 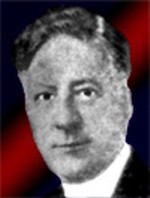 After ten years as pastor, Fr. John Downing’s efforts resulted in a beautiful new church, blessed by Bishop William Hickey in September, 1932. The English Gothic design of the new structure, costing $137,000 made it a church greatly admired in the diocese. Along with exquisite interior woodwork, and Stations of the Cross and Stained Glass windows to rival any church, St. Joseph’s parish was gifted with a period of prosperity. However, another fire in 1948 almost brought an end to this period of grace. With a quick response by the fire department, damage was extensive, but not fatal to the building. After only one year, repairs were completed and the town’s kind invitation to use the Pascoag Grammar School for services would no longer be necessary.

The 1950s experienced the talents of Fr. Joseph Charon who produced and directed several variety shows. Fr. Kevin Harrison, a Franciscan Priest, displayed “Pied Piper” traits as children followed him around Pascoag while he prayed the Rosary. Following the Liturgical reforms of the Vatican II Council, the 1960s saw a change in the sanctuary. The Altar was brought forward with the Celebrant’s Chair elevated behind it and the Tabernacle was moved to a side altar. Unlike many other churches who thoughtlessly removed their now unused Communion rails, St. Joseph’s beautifully hand carved Communion rail remained in place.

During the 1970s, the “project oriented” Fr. William Gallagher installed a Sanctuary curtain giving the church additional elegance. He also restored the Fleche Steeple, destroyed in the fire of 1948. Although, shepherded by gifted pastors throughout the years (Fathers Dennis Fullam-1936, Charles O’Neill-1946, Daniel O’Connell-1952, William Gallagher-1973, 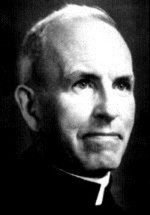 Thomas Keenan-1979, Paul Laporte-1991, and Clifford Cabral-1996) the one associated with St. Joseph’s Church for thirty-five years would stand out among them all: Fr. Daniel Holland.

After surviving the disease of Tuberculosis at Wallum Lake Sanitorium, he became a curate of St. Joseph’s Church in 1946, continuing to minister the sick at the sanitorium. Fr. Holland became pastor of St. Joseph’s in 1959, immediately beginning a project achieved by no one else: the building of a parish school which was completed in 1962. With support of the parishioners and the staffing of the Religious Sisters of Mercy, and a proud Fr. Holland, St. Joseph’s School opened in September, 1962. The first graduating class was in 1967. After 14 happy years as pastor, Fr. Holland retired in 1973.

Fr. Holland’s retirement years at St. Joseph’s were very memorable. At his retirement party, a new car was presented to him. For his 75th Birthday in 1978, “The Lady Green” was built and dedicated to him for a fine life of priestly service in Pascoag. A special well-attended Testimonial Dinner honoring Fr. Holland’s priestly achievements was given by the Knights of Columbus, Local Council #383 in 1979. However, his 50th Anniversary Celebration in May 1981 was truly a milestone for a man who was not expected to survive Tuberculosis.

Sadly, the joy would be eclipsed by his unexpected death that night following the celebration. As arranged earlier, Fr. Holland was buried in “The Lady Green” between the church and school he loved so much. Fr. Holland’s death brought an end to an important chapter in the history of St. Joseph’s Church. The school, which had become regionalized, was appropriately renamed Father Holland Catholic School in 1993.

From 1980 on, St. Joseph’s Church experienced many special blessings. The church interior was restored (mid 1980s) by Fr. Keenan, the 100th Anniversary (1993) of the church’s return to full parish status was observed, with many alumni priests of the parish attending. Several statues were generously donated, namely, Our Lady of Grace (1996), The Risen Christ (2000), St. Joseph on the Lawn (2004), The Holy Family (2004) and Mother Teresa of Calcutta (2005).

Especially meaningful was the Lighting of the Stations of the Cross (2004), bringing out their previously unseen beauty. The Tabernacle was restored to its original place of prominence (2000), the wood flooring under the pews was redone (2001) bringing back its natural wood surface and new kneelers (2001) were installed. The American and Vatican Flags (2001) were added to the sanctuary and the pipe organ was given a much needed overhaul (2005), bringing back its true sound. For the first time, in 2002, a married deacon, Deacon Anthony Muscatelli, was assigned to St. Joseph’s Church to assist the pastor. Fr. Peter J. Sheehan, Pastor (2013-2017) and former U.S. Marine and Navy Chaplain, administered to both St. Joseph’s Church and St. Patrick’s Church, Fr. Holland School and cemeteries. His leadership, vision and sacrifices strengthened both parish financials and brought many needed capital improvements. Today, St. Joseph’s and St. Patrick’s Roman Catholic Church continues to flourish and stands as a monument to the faith established by this building’s founders and parishioners. Like all churches, it thrives with the abundance of God’s Graces.